3 Reasons Why The Bucs WIll Make The 2017 NFL Playoffs 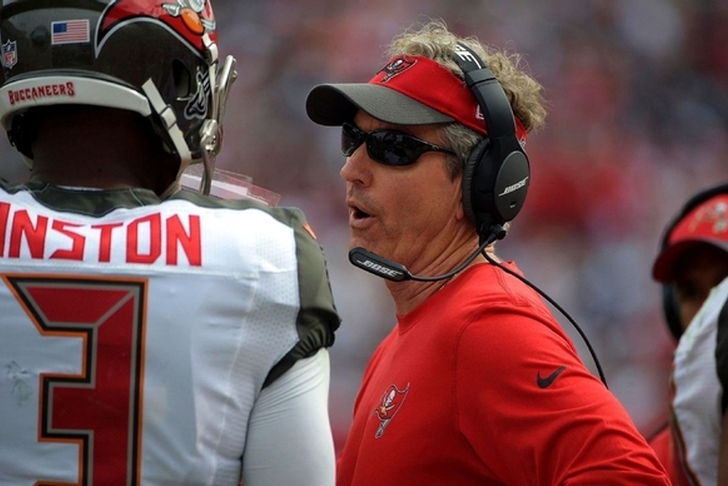 The Tampa Bay Bucs are embarking on a new journey this offseason after replacing head coach Lovie Smith with offensive coordinator Dirk Koetter, and we're feeling VERY optimistic about the team's chances going forward. In fact, here's 3 Reasons Why The Bucs WIll Make The 2017 NFL Playoffs.

New defensive coordinator Mike Smith will bring one MAJORLY welcome change to the D in 2016 -- getting rid of Lovie Smith's beloved Cover 2. Smith stubbornly held onto the Cover 2 despite not having the right personnel to implement it effectively, and that cost the Bucs dearly. Tampa finished just 26th in scoring defense in 2015 (26.1 ppg). The hiring of Smith will breathe life into a flagging defense, as he builds a game plan which works towards his players' strengths.

The Bucs understandably spent their #1 pick in the 2015 NFL Draft on QB Jameis Winston (more on him later), but Tampa has another top-ten pick (#9) in 2016 to address another glaring need -- pass rushing. The defense is in for a rethink under Mike Smith, and he's going to have draft pieces to mix into an already talent-rich unit as he takes the D to the next level. 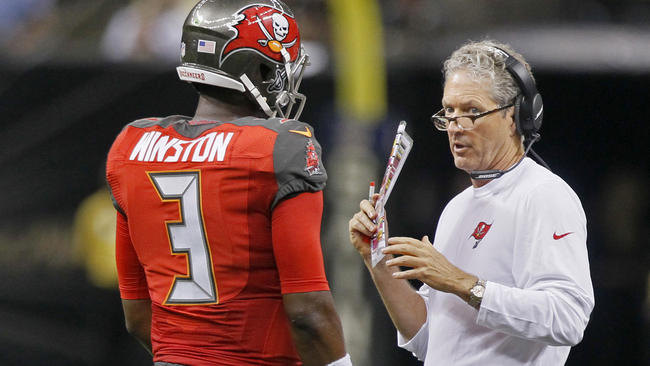 Tampa's front office knows just how vital Koetter was to the development of Jameis Winston during his rookie season -- a campaign where the franchise QB threw for a Bucs rookie-record 22 touchdowns and joined Cam Newton and Andrew Luck as the only rookies in NFL history to throw for more than 4,000 yards.

With Koetter running the whole operation, his relationship with Winston and his control over get his young QB the personnel help he needs will be huge in Tampa's quest to return to the top of the NFC South ladder.