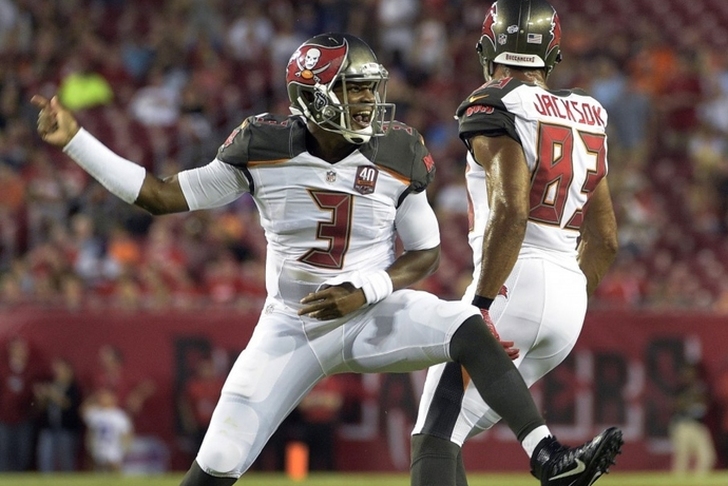 The Tampa Bay Buccaneers finished last year with the worst record in the NFL, but are looking to get things turned around this year under rookie quarterback Jameis Winston. Luckily for them, they start the season against the Titans, who finished with the second-worst record in the NFL in 2014. Here are three reasons why the Bucs will start the season 1-0:

Martin has seen his carries dwindle significantly in each of the past two seasons, but after Charles Sims and Bobby Rainey also struggled mightily last year, the door was open for him to regain his dominant rookie form. He looked like that guy this offseason and in the preseason now that he's finally healthy, picking up 118 yards on just 20 carries in the preseason. A strong running game will make Winston's transition to the NFL that much easier, and Martin looks ready to carry the load.

Tampa really could have a surprising year in 2015 because of the talent they have across the roster, headlined by Mike Evans, Vincent Jackson, and Doug Martin on offense while Gerald McCoy and LaVonte David hold down the defense. As for the Titans, they have....Delanie Walker and Jason McCourty?

From top to bottom, but Bucs have much more skill on their roster, and that will show over the course of a 60-minute game.

The biggest reason behind Tampa Bay's 2-14 season in 2014 was their poor quarterback play, and they drafted Jameis Winston No. 1 overall to help take them to the next level. He's everything you want in a prototypical NFL QB, and showed his ability to make all the throws while taking care of the ball in the preseason. As for Mariota, he took care of the ball and was efficient, but was inconsistent in his ability to move the offense.

We largely don't know what to expect from these two, but Mariota's biggest asset - his running ability - will be canceled out by the speed of NFL defenses. Winston can hurt a defense in a multitude of ways, and he'll lead the Bucs to a victory because of that.

Follow our Tampa By Buccaneers team page for all the latest Bucs news and rumors!