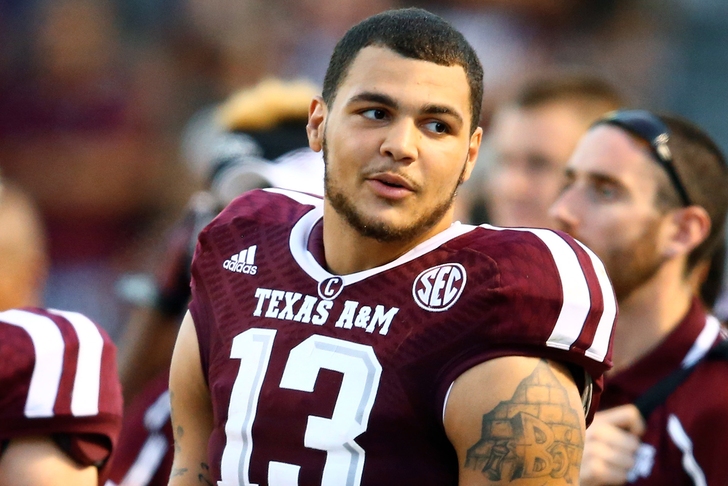 With the seventh overall pick in the 2014 NFL Draft, the Tampa Bay Buccaneers have selected Mike Evans out of Texas A&M.

Coming into college, Mike Evans was also considered a Division I recruit in basketball before making the decision to join Texas A&M’s football program. After redshirting in 2011, Johnny Manziel’s favorite target started all 26 games for the Aggies from 2012-13, and was the leading receiver for the team in each of those two seasons. 2013 qualified as Evans’ breakout season, posting 69 receptions for 1,394 yards and 12 touchdowns. His 6.42 grade at the Combine projects him to be an instant starter in the NFL.

Evans’ height and length sets him apart from the majority of receivers both in college and the pros. He has the power to break through the jam, and has a basketball player’s propensity to box out and go up and get any ball within his catching radius. His size and leaping ability gives quarterbacks an extremely large target to throw at, and he has both the hands and the muscle to finish the catch -- along with creating after it.

Check out Evans' highlight video for a closer look into what he brings to the Bucs:

For all the latest Tampa Bay Buccaneers draft news, check out our Bucs draft page.