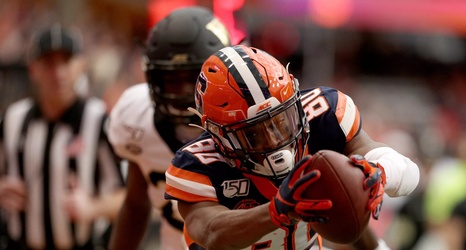 So the Syracuse Orange football team won a game to end the season. With a wild and strange 39-30 win over the Wake Forest Demon Deacons in overtime, the Orange end the season at 5-7, with a great win to hang their hats on. A Trill Williams strip and return for a touchdown in overtime sent the Orange into the offseason on an upbeat note and a victory.

Syracuse was probably a better team than their record.

As the game progressed, one thing became apparent. While Syracuse was playing against a relatively wounded Wake Forest team, they were still a solid eight win squad in the ACC.