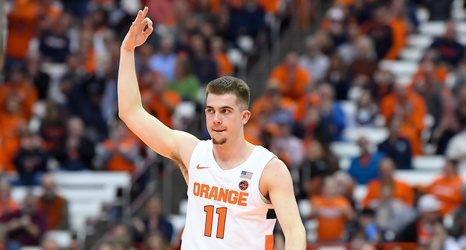 The Syracuse Orange men’s basketball team handled the Georgia Tech Yellow Jackets by a final score of 79-72 on Saturday. The win moved Syracuse to 15-12 on the season and 8-8 in ACC play.

While Syracuse is off the NCAA Tournament bubble and will remain so the rest of the way, (barring an improbable run in the conference tournament) the team still has much to play for, including a winning 2019-20 season. Had the Orange fell in this contest it would have moved Jim Boeheim’s club to 14-13 on the year and further into the danger of his first losing season in 44 years as head coach of Syracuse.