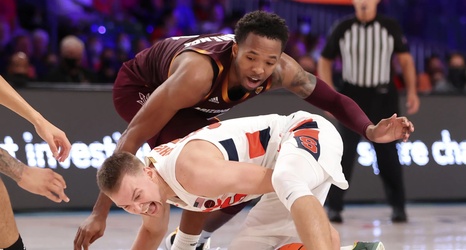 PARADISE ISLAND, Bahamas — In the Syracuse Orange men’s basketball team’s first game in the Battle 4 Atlantis tournament, VCU put its full-court press on for the entirety of the game.

The Rams forced Syracuse into a season-high 16 turnovers and a season-low eight assists.

On Thursday night, Syracuse went up as much as 18 against Arizona State. About midway through the second half, Sun Devils head coach Bobby Hurley elected to turn to his press to try to get back into the game. It worked.