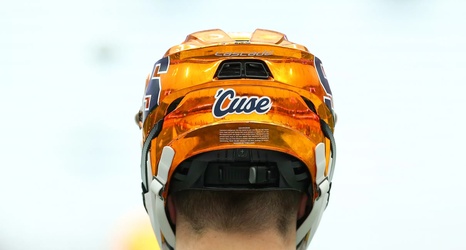 As the Syracuse Orange men’s lacrosse team looks to reload for a non-interrupted run at a national title in 2021, they’ve added another piece on the defensive end.

Hapney started 17 of 18 games in his two years playing for the Utes, finishing 2020 with eight ground balls and eight caused turnovers in six games.

The 6-foot-3, 205 pound native of Towson, Md. becomes the second defender added via transfer this offseason for Syracuse, joining Mitch Wykoff who comes over from D-III Gettysburg.