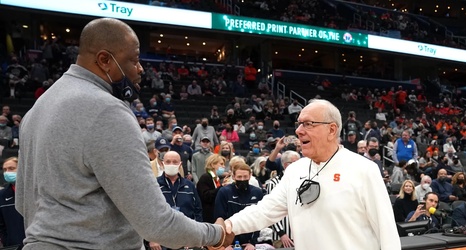 The Syracuse Orange men’s basketball program officially has a date set for the Georgetown game. Syracuse will host the Hoyas on Dec. 10 inside the JMA Wireless Dome, per release.