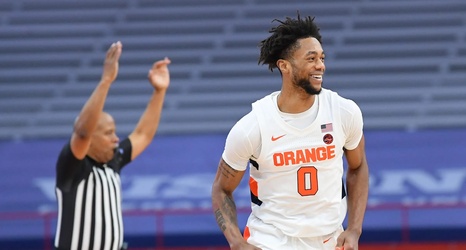 The Syracuse Orange roster turnover continues for the men’s basketball team. At least this time, today’s news is not related to the transfer portal.

Adam Zagoria reported that Alan Griffin is set to enter the NBA Draft and is expected to sign with an agent. The Illinois transfer thus ends his Orange career after one season.

Griffin showed flashes of offensive brilliance with his three-point shooting for the Orange, recording eight 20-plus point games for Syracuse. However, his lack of knowledge with the zone fell him out of favor with Jim Boeheim as the coach favored more defense in tournament play.