Syracuse in the NBA: Carmelo Anthony wins player of the week, Jerami Grant off to a slow start 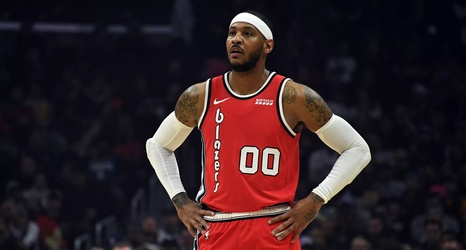 Since our last NBA update, quite a bit has changed. Carmelo Anthony went from unwelcome outsider, to NBA starter, to Western Conference Player of the Week. Jerami Grant continues his slow start to the season in a sixth man role, but his team is third in the West.

Dion Waiters was, well, Dion Waiters, and recently finished serving a 10-game suspension for a foolish foray into the world of illicit edibles. Michael Carter-Williams continues his latest comeback tour for the Orlando Magic. Even Oshae Brissett has gotten in on the action, appearing in four games for the Toronto Raptors.