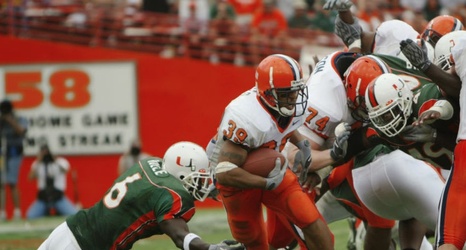 Syracuse Football has had a long history of success. We look back at some of the best players to play at Syracuse University. Up next, No. 16: Walter Reyes.

Syracuse Football has had so many amazing running backs in its storied history, but you cannot write a book about them without mentioning Walter Reyes. Though he was just as gifted as other SU greats and often racked up better rushing stats than most of them, he is often the forgotten man when that discussion comes up because of the era in which he played.