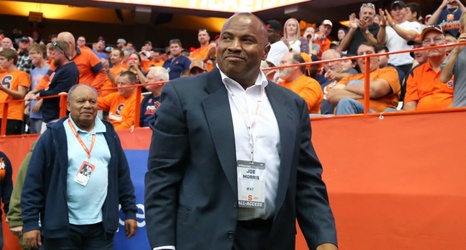 Syracuse Football has had a long history of success. We look back at some of the best players to play at Syracuse University. Up next, No. 12: Joe Morris.

The crazy thing about Morris is that he followed in the footsteps of former Syracuse Football greats Jim Brown, Ernie Davis, Floyd Little, and Larry Csonka, yet he did not let the pressure of being Syracuse’s starting running back phase him.