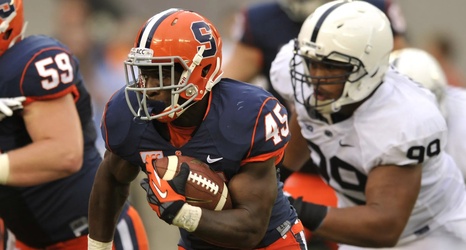 The Syracuse Orange just rekindled one of their oldest rivalries. The Penn State Nittany Lions will face them in a home-and-home series, with SU heading to Happy Valley in 2027. The rematch inside the Dome will take place in 2028.

The two programs have faced each other 71 times, with Penn State leading the series 43-23-5. The last time the Orange and Nittany Lions matched up was at MetLife Stadium in 2013; Syracuse fell 23-17 in that game.

The Dome game in 2028 will be the first time since 2008 Penn State has made the trek to the Salt City.