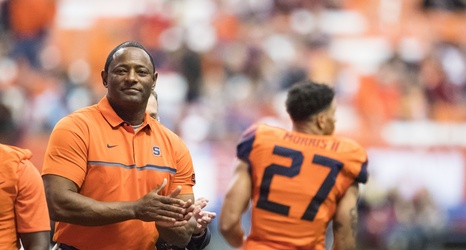 There’s been a lot of news on the Syracuse football coaching staff over the last several months and finally, we have some clarity.

On Tuesday morning Dino Babers through a press release announced that his staff has been finalized ahead of the 2020 Syracuse football season.

There’s going to be a lot of change on the hill next season, Dino hired three new assistant coaches and retained seven members of his staff from last season, per the press release.