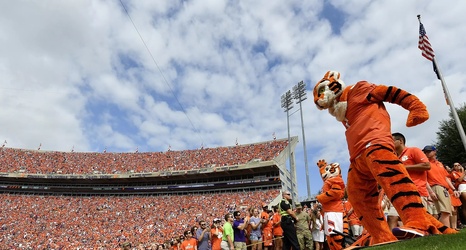 After a week against the Liberty Flames where things went suboptimally, the Syracuse Orange are back in action against the Clemson Tigers this weekend. They may have some new blood available, but it won’t be referenced here in the newly released depth chart.

Here is Syracuse's depth chart for Saturday's game at Clemson. Cooper Lutz gets an "OR" designation with Markenzy Pierre for RB2 and Tyrell Richards returns from an injury with an "OR" alongside Stefon Thompson and Steve Linton at SLB. pic.twitter.com/lVOyHDlPhE

The biggest changes of note are the addition of Cooper Lutz to the running back depth chart, sharing the OR designation with Markenzy Pierre.