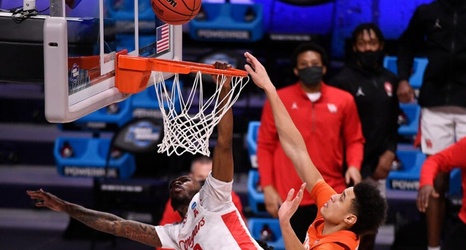 Syracuse basketball has had its fair share of struggles getting consistent scoring in the paint during recent seasons. A highly touted prospect out of Baltimore could prove just the recipe to diminish those woes down the road.

The Orange, per various media reports in recent months, has shown an interest in 2024 five-star power forward Derik Queen, a 6-foot-8 player who is a freshman at the Saint Frances Academy in Baltimore and runs on the AAU circuit with the Baltimore-based Team Thrill.

As we noted in a column not too long ago, when ESPN recently published its national rankings of the top-25 prospects in the 2024 class, Queen checked in at No.