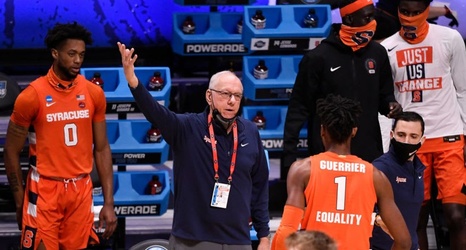 A Southeastern Conference team appears to be moving out in front in the sweepstakes for Syracuse basketball 2022 five-star target Brandon Huntley-Hatfield, at least according to several recruiting analysts.

The Orange offered a scholarship to the 6-foot-9 Huntley-Hatfield last December, at which time he put the ‘Cuse in his top six, along with Ole Miss, Kansas, Wake Forest, Tennessee and Auburn.

Huntley-Hatfield, a junior at Scotland Campus in Scotland, Pa., had for a while now received a lot of buzz from analysts in the direction of SEC squad Ole Miss.