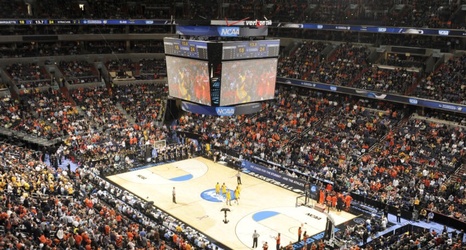 On Saturday when Boeheim’s Army suits up again, let’s party like it’s 2013 for Syracuse basketball and its fan base.

When Boeheim’s Army (largely Syracuse alumni) faces the Golden Eagles (largely Marquette alumni) in The Basketball Tournament’s round of 8 in Dayton, a birth into the TBT final four will be on the line (ESPN, 2 pm ET).

Now quick, close your eyes and flashback to the 2013 NCAA Tournament, when Syracuse faced Marquette in the Elite Eight with a birth into the Final Four on the line.