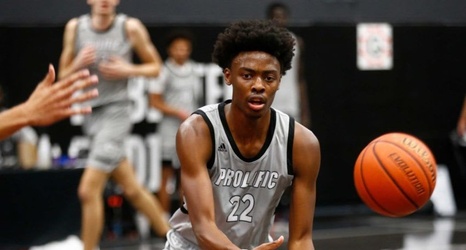 Syracuse basketball landed a massive commitment recently in picking up elite 2022 wing Kamari Lands, who is a junior at Prolific Prep in Napa Valley, Calif.

The 6-foot-8 Lands, rated five stars and No. 19 overall in his class according to ESPN, is described by national recruiting analysts as a versatile scorer and defender who is athletic, has a high motor and should thrive in the Orange’s 2-3 zone.

I’ve read reports on Lands, and interviews given by him, that suggest he is able to suit up at point guard, shooting guard and small forward.