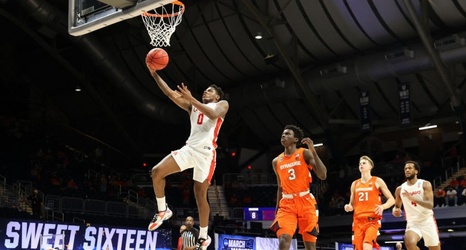 In recent months, the vast majority of Syracuse basketball fans that I read comments from on social media and in chat rooms are fairly adamant that 2022 five-star combo guard Zion Cruz is not coming to the Hill.

For me, you never know with this recruiting stuff until a prospect makes his collegiate destination known, however, I would acknowledge that there doesn’t necessarily appear to be much buzz between the Orange and Cruz, who is ranked a top-20 overall player in this cycle by numerous recruiting services.