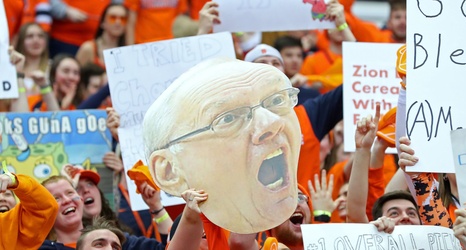 Andre Jackson, a four-star wing in the class of 2020 and a top target for Syracuse basketball coaches, is set to announce on Wednesday where he will suit up next year. The 6-foot-6 Jackson, who attends The Albany Academy in Albany, N.Y., disclosed this development via his Twitter page.

A top-100 prospect nationally in his class, Jackson displayed the logos of the five schools that he still has under consideration, and they are the Orange, along with Connecticut, Iowa, Maryland and UCLA. However, Adam Zagoria of Zagsblog recently reported that the Terrapins aren’t really in contention at this juncture.