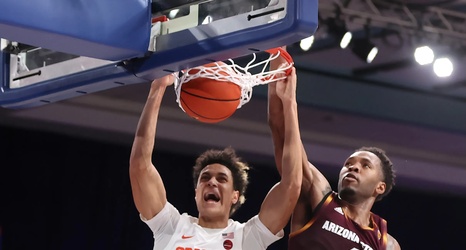 Both teams got off to hot starts offensively. Jimmy Boeheim once again scored the first bucket for Syracuse. Buddy Boeheim then scored seven of Syracuse’s next nine points. Arizona State wanted to beat Syracuse down the floor before the zone could set up and that was a strategy worked initially as 6-of-9 shooting gave the Sun Devils a 14-11 lead at the first media timeout.