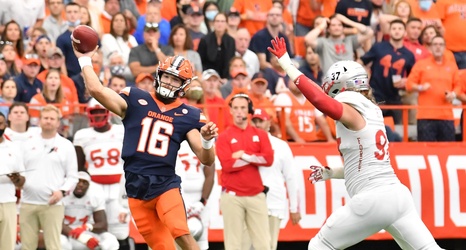 On Tuesday, we asked if Tommy DeVito had done enough to remain the Syracuse Orange’s starting quarterback. The verdict was... probably, for now, though mostly because he hadn’t done enough to lose the gig either.

There’s another side to that conversation, however. Has backup Garrett Shrader done enough to be Syracuse’s starting QB? Or at least enough to earn more snaps than the limited time we saw him vs. Rutgers as the two players continue to compete?