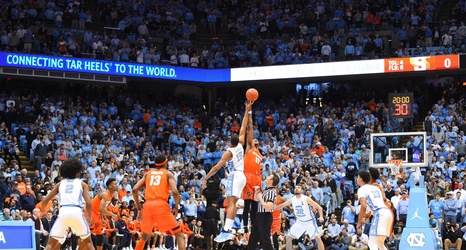 Chapel Hill, N.C. — The Syracuse Orange hit the road to take on the North Carolina Tar Heels for a late tip on Tuesday night and gave Roy Williams and Co. just about all it could before falling 93-85. A big 29 points night from junior guard Tyus Battle ultimately wasn’t enough as Coby White led UNC to its fourth straight win.

Despite the loss, Syracuse came roaring out of the gate on the offensive end as Frank Howard opened the game with a three for the second straight game.