No. 1 freshman, with Syracuse basketball interest, to join No. 1 prep team 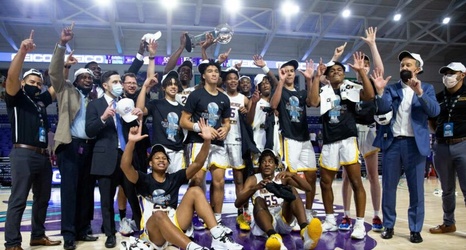 Syracuse basketball has reportedly shown interest in Derik Queen, a highly touted prospect out of Baltimore, and he is transferring to the No. 1 prep-school team across the country.

Queen, a 2024 five-star power forward, has elected to suit up for the 2021-22 season at the Montverde Academy in Montverde, Fla., according to a recent article from MaxPreps national basketball editor Jordan Divens.

The 6-foot-8 Queen, who is the No. 1 overall player in his cycle according to ESPN, put forth a brilliant freshman campaign for the Saint Frances Academy in Baltimore.