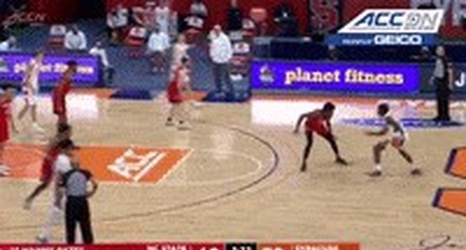 The Syracuse Orange men’s basketball team just edged the North Carolina State Wolfpack 76-73 on Sunday night. The Orange were able to win in part due to the play of talented freshman guard Kadary Richmond.

Richmond finished his night with 14 points on 6-7 shooting in 16 minutes of playing time. He was two points shy of his career-high.

Coming off the bench, Richmond came into the game and quickly knocked in a floater in traffic off a spin move. In the first half, Syracuse found itself down by double-digits, but Richmond kept the Orange within striking distance.