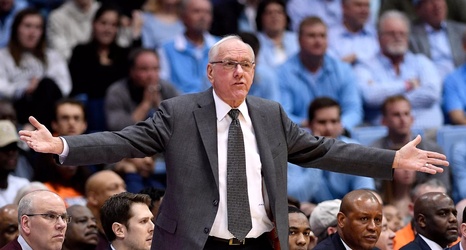 His team, however, was whistled for 26 fouls in the game which allowed North Carolina to get to the line 37 times. The Tar Heels capitalized on those opportunities as it made 34 of those 37 attempts.

Asked in the post-game presser what Boehiem did to put UNC on the free throw line 37 times, he quipped.