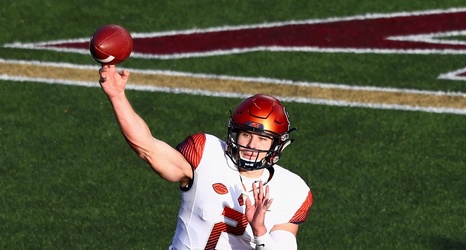 About a month ago, we got a chance to talk with former Syracuse Orange quarterback Eric Dugney about his future in football. At the time, he was getting set to play in The Spring League with the hopes of impressing the NFL brass enough to get another shot in the league. Fast forward to today, and Dungey hasn’t played in The Spring League as he has gotten that next NFL opportunity, signing with the Cincinnati Bengals.

The Bengals are Dungey’s third team in the NFL. He initially signed as an undrafted free agent as a QB/TE with the New York Giants in 2019.