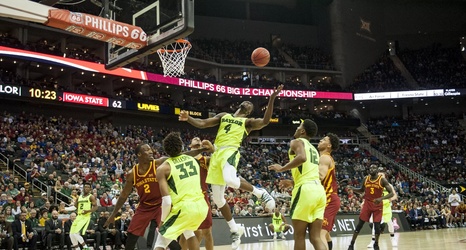 The Syracuse Orange men’s basketball team is up against the Baylor Bears in the first round of this year’s NCAA Tournament. Gripe all you want about the late tip-off-time (though I certainly won’t), but Baylor actually presents one of the better matchups of SU’s possible opponents going into Selection Sunday. So for that, I’d say I’m pretty happy about it — and you should be too.

We’ll have a formal preview of Baylor, as well as some #FakeNunes later in the week too. But to get the conversation started, it only seemed fair that TNIAAM’s foremost Baylor critic (me) told you what you need to know about the Bears.