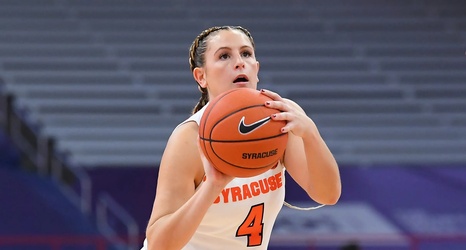 In a pre-draft conference call, four WNBA Head Coaches/Executives along with ESPN Analysts Rebecca Lobo and LaChina Robinson answered questions from the media about prospects leading up to the 2021 Draft on April 15. Robinson and Indiana Fever Head Coach Marianne Stanley spoke on former Syracuse Orange women’s basketball player Tiana Mangakahia’s draft stock and her potential as a professional player.

Stanley opened her statement about Mangakahia praising her courage to come back to basketball after beating Stage 2 breast cancer in 2019.

“First of all, the fact that Tiana came back and stuck with it, says a tremendous amount about her character and the kind of grit and fight she has inside her,” Stanley explained.