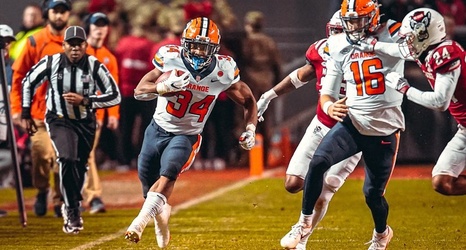 Tucker is now 3-for-3, having previously been named to the Football Writers Association of America's first team and Walter Camp Foundation's second team. The other two teams – Sporting News and AFCA – will be announced on Tuesday and Wednesday, respectively.

The Owings Mills, Maryland native was a First Team All-ACC selection earlier this month, garnering the most votes of any offensive player on the ballot.