Injuries Catch Up To Syracuse In Loss To Pittsburgh 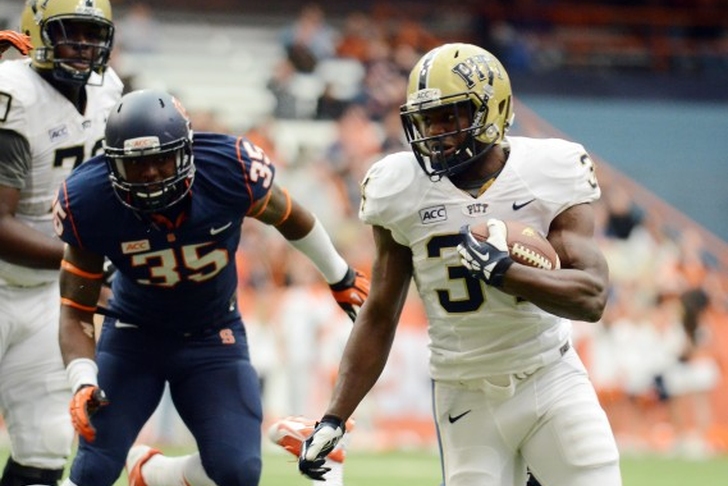 In the final weeks of November it’s hard to use injuries as an excuse for losing a game, as football teams everywhere are banged up and dealing with injuries. Injuries aren’t an excuse for Syracuse’s one-point loss to Pittsburgh; rather they are an explanation of why the Orange struggled so much in several key areas of the game, and why they allowed a blocked extra point on their first drive of the game to become the difference in the game.

Not only were the Orange blown out last week by a Florida State team that will likely play in the BCS Title Game, but they were beat up physically. Key players like Prince Tyseon-Gulley, Jarrod West, Isaiah Johnson and Julian Whigham were all hurt last week against the Seminoles. Brisly Estime remained sidelined after also missing the Florida State game, and Sean Hickey, Jerami Wilkes, and Marquis Spruill were knocked out during the loss to the Panthers. That accumulation of injuries eventually became too much for the Orange to handle.

The loss of Whigham from the Orange secondary loomed large for Syracuse, as it reduced the Orange to just two of the four cornerbacks they had in their rotation when the season began. Whigham’s size would have been useful against Pittsburgh’s taller wide receivers like Devin Street and Tyler Boyd, instead of forcing the smaller Wayne Morgan to play more man coverage. Boyd ended up doing most of the damage, catching 10 passes for 82 yards against a thin Orange secondary, and Whigham may have helped to contain him better.

The absence of West and Estime significantly weakened an already underwhelming corps of wide receivers. Believe it or not, West entered the Pittsburgh game as the team’s leading receiver, as his production has steadily increased over the past month, making his absence against the Panthers a significant loss for Syracuse, with a noticeable lack of production from Chris Clark and Jeremiah Kobena. Meanwhile, Estime was instrumental in wins over Wake Forest and Maryland, becoming a player the Orange depend on offensively. With Ashton Broyld struggling to get going against Pittsburgh from the slot position, Estime could have provided a much-needed spark for the Syracuse offense.

The loss of Hickey in the 1st quarter was the straw that broke the Orange’s back. Hickey is arguably the most irreplaceable member of the offensive line, and replacing a player who’s projected to be a 3rd round NFL Draft pick with an inexperienced junior college lineman was not in Syracuse’s game plan. With Hickey out of the game, the Orange’s running game wasn’t quite as powerful as we’re accustomed to seeing, especially when the game plan called for a lot of outside runs designed to run away from star defensive tackle Aaron Donald. Hickey’s absence was also felt in the passing game, as his replacement, Michael Lasker, struggled to contain Donald and and Pittsburgh’s edge rushers, which sent Terrell Hunt running from the pocket on a regular basis, throwing off his timing with his receivers.

In the end, these injuries aren’t an excuse, because Syracuse had plenty of opportunities to win the game, and didn’t because of a lack of execution. But contributing to that lack of execution was a slew of injuries the Orange suffered both before and during the game. As we’ve seen with Syracuse all season, they didn’t lose because of a lack of effort; the injuries simply became too much for them to overcome. The loss has put a bruised and battered team up against the wall, as they need a win in their season finale against Boston College in order to secure a bowl birth, and make their first season in the ACC a positive one.