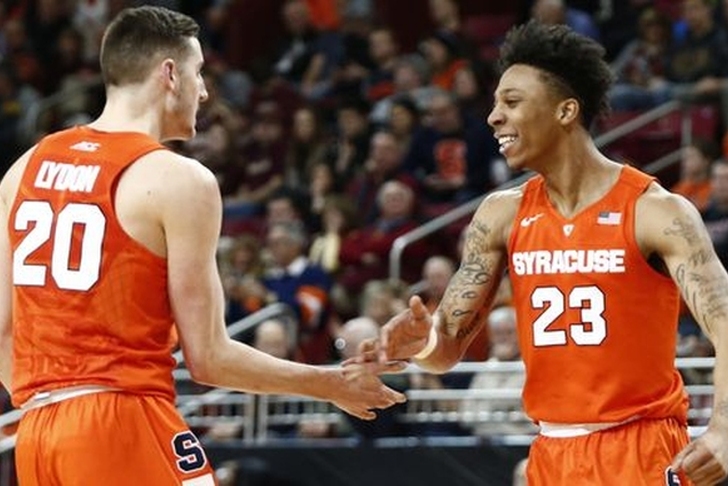 Many were skeptical of the Syracuse Orange getting into the NCAA Tournament - they proved those doubters wrong on Friday afternoon with a dominating 70-51 win.

Syracuse really cranked up the defense in their patented 2-3 zone, limiting the Flyers to just 32.1 percent shooting and only 23 points in the second half. The Orange also used their massive size advantage in a big way, outrebouding Dayton 48-28.

After a closely contested first 15 minutes, Syracuse took the lead for good with an 11-3 run late in the first half. That dominance only continued in the second half as the Orange reeled off a hugely impressive 26-5 run, resulting in a 23-point lead for 'Cuse. Dayton never got closer than 14 points after that.

Freshman Malachi Richardson had perhaps his best game of the season to lead Syrcuse's offense, scoring a team-high 21 points to go along with four rebounds and three assists. Forward Tyler Roberson also made his impact known on the inside, leading the rebounding charge with 18 boards to go along with 10 points. He fell just one rebound shy of tying the school record for most rebounds in a NCAA Touranment game.

Junior guard Scoochie Smith scored 12 points to lead a Flyers team that had 14 missed dunks and layups. Dayton's 51 points set a new season low for them.

Syracuse advances to play the winner of (2) Michigan State vs. (15) Middle Tennessee in the second round on Sunday afternoon.