Wayne Rooney says he wants to 'bring happy days' back to Derby and is proud despite their relegation to League One... though admits the club have 'paid the price' for what previous owner Mel Morris 'left behind' 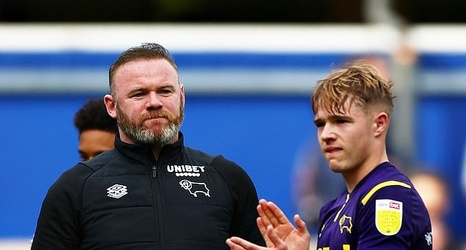 Wayne Rooney wants to bring the 'happy days' back to Derby after their relegation to League One - despite having fears over the future of the club.

The Rams were relegated from the Championship after their 1-0 defeat to QPR and Reading's incredible comeback from 4-1 down to salvage a point against Swansea.

Rooney's side showed great resiliency throughout the season as they had to contend with a 21-point deduction.

After the match, Rooney said he was 'proud' of his side and insisted the club need a takeover to 'happen quick'.