USMNT's Berhalter on Mexico: Two trophies didn't seem to have earned their respect 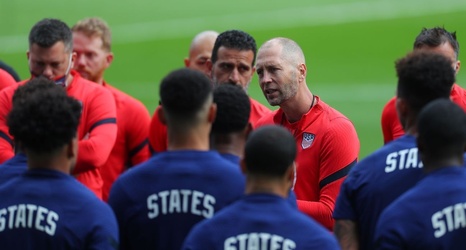 CINCINNATI -- United States men's national team manager Gregg Berhalter says that his side still has "a long way to go" to get the respect of rivals Mexico.

Speaking to reporters on a Zoom call ahead of Friday's World Cup qualifier between the two long-time rivals (stream LIVE on ESPN2, 9 p.m. ET), Berhalter felt that the two victories the U.S. enjoyed over Mexico last summer -- in the CONCACAF Nations League and the CONCACAF Gold Cup finals -- have done little to change Mexico's perception of the U.S.