Swansea suffer setback in pursuit of Russell Martin as MK Dons boss rejects their advances, but Championship side still hope they can convince him to move with new season looming 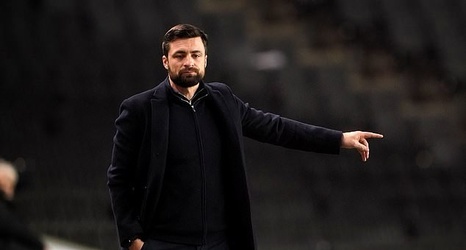 Swansea have suffered another setback in their search with Russell Martin set to stay at MK Dons after turning down an approach from the Championship club.

Swansea are hunting for a new manager following the departure of Steve Cooper last week.

QPR assistant manager John Eustace turned down the role at the weekend and Russell is now understood to have done the same amid doubts about the finances available and direction of the club.

Swansea have not yet given up hope of convincing Martin to change his mind while former Chelsea No 2 Jody Morris is also in the frame to take over at the Liberty Stadium.