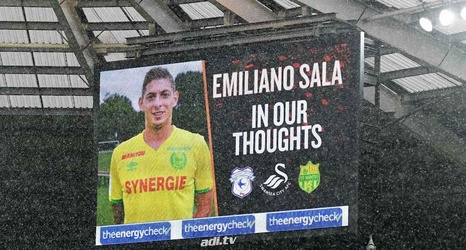 South Wales police are investigating an image on social media mocking the death of Emiliano Sala.

A boarding pass image appeared on social media on Friday which included Sala's name and the words "Swansea City airlines."

Sala died in a plane crash in January while travelling from Ligue 1 side Nantes to Cardiff City after the two clubs agreed upon a transfer.

A police statement read: "We are aware and have reviewed an image on social media relating to Emiliano Sala and we are investigating in relation to an offence under the Malicious Communications Act.