Marco Reus, Borussia Dortmund's elder statesman, is at peace with his place in the game 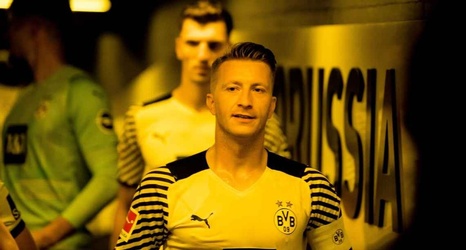 Marco Reus is old. He's 32, which is young-ish for the general population -- he's only two years older than I am -- but the world of sports has a more condensed timeline. Generations of players come and go, especially at a club like Dortmund, and the fortunes of a team can change several times in a handful of years.

Reus has been at Dortmund for almost 10 years. There are young Dortmund fans for whom Reus has been the face of and possibly the only consistent playing figure of the club. Though players are able to play at the highest level longer into their 30s (Lionel Messi, Cristiano Ronaldo) and potentially into their 40s (Zlatan Ibrahimovic), Reus is admittedly closer to the ending of his career now than he is to the middle of it.