Man Utd to sign James from Swansea for £15m 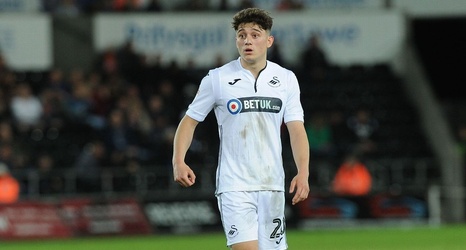 Manchester United have agreed a deal to sign winger Daniel James from Swansea.

A statement from Swansea said: "The Premier League club has also agreed personal terms with James, 21, following a successful medical at Old Trafford. The transfer is expected to be completed when FIFA's international transfer window opens from June 11."

The 21-year-old will move to Old Trafford for a fee of around £15 million, potentially rising to around £22m to become Ole Gunnar Solskjaer's first signing of the summer.

- When does the transfer window close?

James was on the verge of moving to Leeds United in January before Swansea pulled the plug at the last minute.