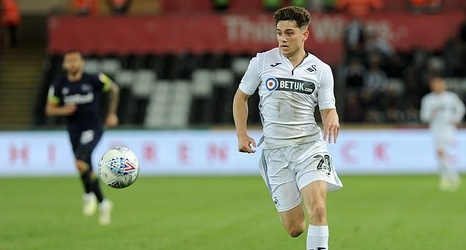 Manchester United are on the verge of agreeing a £15million deal with Swansea City to sign winger Daniel James.

Sportsmail revealed earlier this month that United had emerged as frontrunners to sign the speedy and exciting 21-year-old Wales international.

And an agreement is now in place between the two clubs as Ole Gunnar Solskjaer begins rebuilding his United squad for the long term.

Brighton, who have just appointed James's boss at Swansea Graham Potter, Everton and Newcastle United were also interested in James but United offered the most attractive transfer fee and wages.