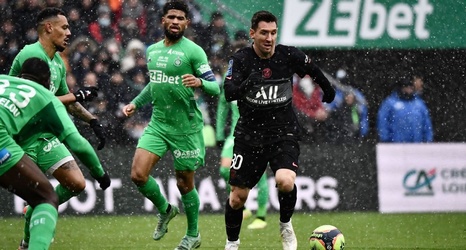 Lionel Messi inspired Paris Saint-Germain to a 3-1 comeback victory at Saint-Etienne with a hat-trick of assists as Sergio Ramos made his long-awaited debut for the club.

Ramos was making his first appearance for PSG since joining them on a free transfer from Real Madrid this summer.

- ESPN's Notebook: The inside stories in football
- Stream ESPN FC Daily on ESPN+ (U.S. only)
- Don't have ESPN? Get instant access

However, it was Messi who stole the show with three assists as PSG extended their lead at the top of the table to 14 points.