Bournemouth 4-0 Swansea: Dominic Solanke and Jaidon Anthony help themselves to two goals each as table-topping Cherries get back on track 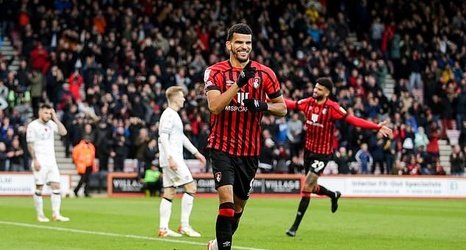 Dominic Solanke and Jaidon Anthony both grabbed braces to help Bournemouth seal a dominant victory over Swansea and get the Championship leaders’ promotion push back on track.

The one-time England striker grabbed a goal in each half while Anthony struck twice late on to ensure the table-topping Cherries bounced straight back from their first defeat of the season at home to Preston in mid-week and maintain their two-point lead over Fulham at the top.

In a fiery encounter, Swansea were unable to match the intensity of their opponents and slipped to 14th, four points off the play-offs.