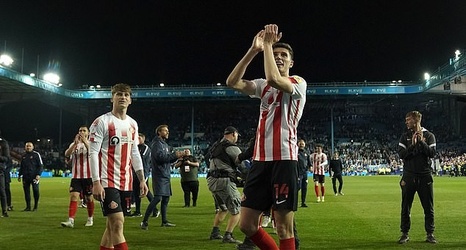 Sunderland manager Alex Neil insisted his side are treating the build-up to their Sky Bet League One play-off final against Wycombe as 'a normal working week'.

A 2-1 aggregate victory over Sheffield Wednesday in the semi-finals saw the Black Cats set up a Wembley showdown with the Chairboys on Saturday afternoon.

A spot in the Championship is at stake for both sides, but Neil revealed in his pre-match press conference that his 'relaxed, focused and ready' team are preparing for the final much as they would for any other fixture.

He said: 'We don't change our preparation for the game, it'll be a normal sort of working week in the terms we look at it.