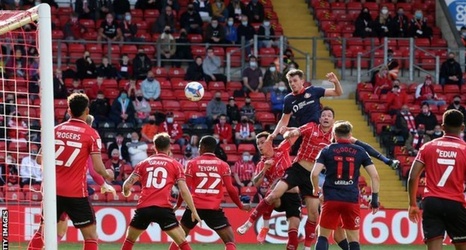 Sunderland boss Lee Johnson has said his side must be "brave" as they look to overcome a 2-0 first-leg deficit in their play-off semi-final with Lincoln.

The Black Cats, who will be without defender Denver Hume (hamstring), are looking to win promotion from League One at the third attempt.

"It's actually a simple task. We have to have an attitude to score goals," Johnson told BBC Radio Newcastle.

"We have to be brave with our set plays and our mindset."

He added: "We're still in it and, in one sense, we go into it with no fear because, effectively, we're the underdog probably for the first time all season.