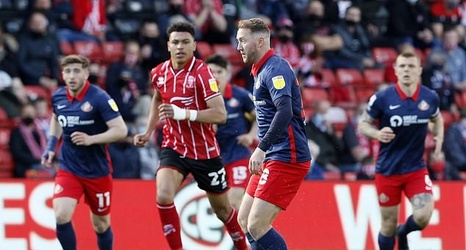 Sunderland star player Aiden McGeady has agreed to waive an automatic contract extension, freeing him to start in their League One play-off against Lincoln on Saturday.

The 35-year-old would have triggered another 12 months had he started 30 matches this season.

McGeady made his 29th start during Wednesday's 2-0 first-leg defeat at Lincoln, and there was talk of him being unavailable for the return fixture.

But boss Lee Johnson said: 'It's all good with Aiden. It's difficult for me to reveal contract situations, that's not my place or fair on the player.