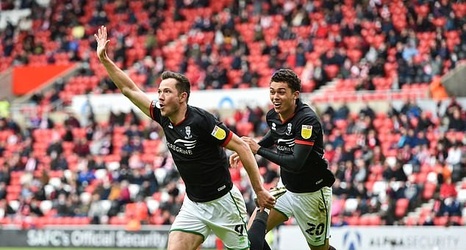 Tom Hopper was on the scoresheet as Lincoln City made it through to the League One play-off final by overcoming Sunderland 3-2 on aggregate.

Sunderland won the second leg 2-1, with goals from Charlie Wyke and Ross Stewart giving them a chance of progressing.

However, Lincoln managed to prevail despite Jorge Grant missing a penalty in the second half.