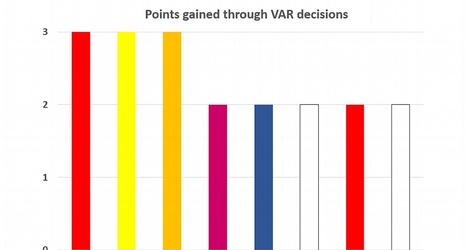 The Premier League is over for another season. The prizes have been handed out, the tickets to Europe delivered and passports to obscurity in the EFL rubber-stamped.

And with it, we draw the curtain on the third season of VAR, and with it another 38 rounds of controversy and arguments over refereeing in England's top flight.

This season we logged all VAR decisions across the Premier League, and calculated how they might have affected the outcome of games.

And the final table shows some crucial changes.

Who won the title? Did Tottenham still make it into the Champions League?