ON THE ROAD: Darkness lifting from the Stadium of Light as young owner offers hope of a new dawn 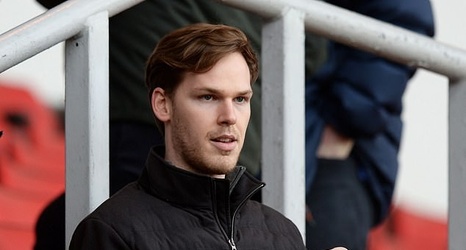 Wrapped in a red blanket and clutching a cup of hot coffee, Sunderland owner Kyril Louis-Dreyfus displayed a matchday demeanor in stark contrast to that of the old custodians.

They would wear garish red trousers as loud as their pronouncements of goodwill and grand intent, and it was invariably cold lager in their palms.

But Stewart Donald and Charlie Methven are no more. The Batman and Robin act who seemingly swept to the rescue in 2018 — only for their masks to slip — have been replaced by a 23-year-old heir to a multi-billion-pound fortune, whose late father was the owner of French club Marseille.