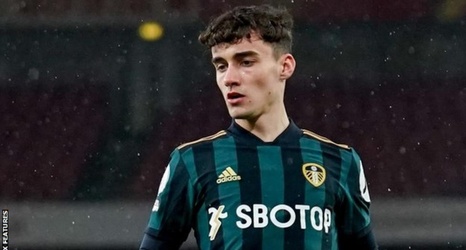 League One club Sunderland have signed full-back Niall Huggins on a permanent deal from Leeds United.

The 20-year-old came through the Premier League side's academy and made one first-team appearance for the Whites, against Arsenal in February.

Huggins, a Wales Under-21 international, has agreed a four-year contract with the Black Cats.

"Now it's the right time for him to step into that first-team environment."

BBC Radio Leeds reports that Huggins, who can also play in midfield, has joined the Wearsiders on a free transfer, but a sell-on fee is included in the deal taking him to Sunderland.