Newcastle star Allan Saint-Maximin MOCKS Sunderland fans on Twitter after Black Cats' defeat in League One play-off semi-final... as their supporters claimed they were going up from the third tier in March and Steve Bruce's side were going down! 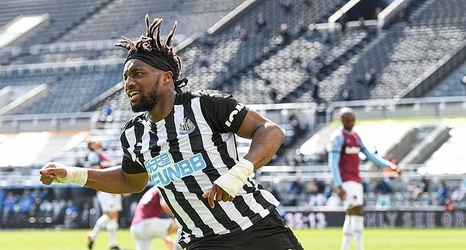 Sunderland were edged out 3-2 on aggregate by their promotion-chasing rivals to leave them stuck in the third tier for another season - their fifth away from the Premier League since their relegation in 2017.

Lee Johnson's side sat one point behind the automatic promotion spots in March, at a time when Newcastle were embroiled in a relegation dogfight with Fulham - with Saint-Maximin taking to Twitter to celebrate another season in the top-flight for the Magpies.